In 1939, Little League Baseball was founded in Pennsylvania. Who is the founder of the league?

Mr. Carl E. Stotz organized neighborhood youngsters in Williamsport, Pennsylvania to play baseball in 1938, but in 1939 he enlists other community members to help him and Little League Baseball was born. According to Littleleague.org, Mr. Stotz began the league with a $30 donation to purchase uniforms for the first three teams in the league. Stotz manages one of the teams, and George Bebble and Bert Bebble manage the other two teams. Stotz went on to experience many highs and lows through his association with Little League Baseball. Perhaps his greatest honor came in 1955 when he was selected to be a pall bearer for pitching great Cy Young. By that year, 3,300 leagues had been formed worldwide. Unfortunately, in 1956 Stotz severs ties with the organization he founded. A dispute with the Little League Board of Directors ends with an out-of-court settlement. In 1992, Stotz dies. 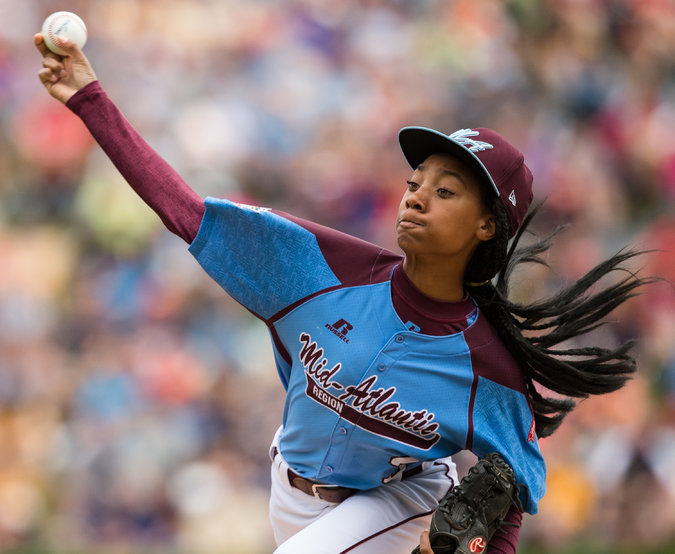 The Little League World Series has been around for nearly seven decades. During that time, how many girls have played in the series?

The answer may surprise you. Counting the 2014 Little League World Series, 18 girls have participated at the upper level tournament. ESPN reports that two girls will be competing this year in the LLWS: Emma March of South Vancouver Little League in Canada and Mo’ne Davis of Philadelphia. This is the third time that two girls will be partaking in the LLWS at the same time.

Many professional ball players participated in Little League as youngsters, but who was the first Little League player to later become President of the United States?

But the first Little League graduate to be elected President of the United States is George W. Bush, son of former President George Bush. According to Littleleague.org, in 1955 nine-year-old George W. Bush plays his first of four years at Central Little League of Midland, Texas, where he is a catcher on the Cubs.

Okay, so how did you do? Did you get one out of three for a .333 average or did you do even better? Want a chance to improve your batting average? Try this bonus question: What family owned business has been providing Little League teams with awards for decades?

For over fifty years, Hit Trophy has provided awards and trophies across America including trophies for little league teams. Currently, we offer some beautiful baseball awards. Our least expensive would be our Crystal Baseball Award (item CRY1210) for only $14.90. This solid crystal column stands 2” wide and nearly 5” tall. The crystal contains a 3-D image of a baseball player with the word “BASEBALL” running vertically the length of the award. Our most expensive award would be our Baseball Statue with Glass Plate (item RFB308). This unique statue is ideal for any baseball tournament champion or as a gift to a baseball lover. The statue measures 7.75″ x 7″ and the material is robust and long-lasting. The statue of a baseball player stands next to a glass engraving plate for personalization. Engraving comes free with the $44.90 price.

So enjoy National Little League month in September, and when you need a trophy or award for your little leaguer, don’t strike out! Just browse our complete collection of baseball trophies by clicking on this link. We offer over a dozen baseball awards, personalized gifts, plaques, and of course trophies. We also offer similar items for softball players as well. And if that isn’t enough, be sure to remember that almost any one of our awards can be personalized for your baseball team, coach or league just by adding your logo, recipients name & some verbiage of appreciation.